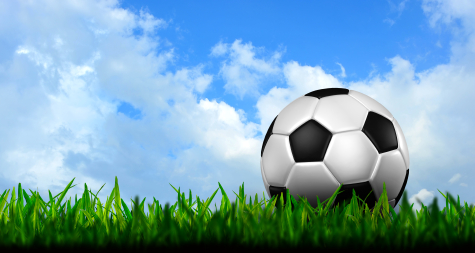 In general it has still been a bit slow in Finland Veikkausliiga 2015 winter transfer market. It is due to the fact many of the top teams are still waiting for what happens in the big international transfer window in January. There are a couple of guys that could still move to brighter spotlights. HJK have for example informed  that they are interested in recruiting more international players, but currently the club is forced to wait for what bigger boys are up to in January. Finnish transfer window will be closed until the end of February and will open again on 1st of March. Transfers can be made until the end of April.

Anyamele got his self-confidence crushed under Shefki Kuqi in FC Honka last season and is now trying to make it as a wing back, earlier a pure winger. Could peak this season. Experienced Vesala is also a good addition from MYPA along Sihvola who’ll score a bunch of goals for HIFK, if avoids injuries. Lassas and Rahimi are young talents, who have capped in national youth teams. All in all the squad has gotten stronger and got more depth now. A couple of new signings are still to come. Rumors that ex-Honka CB Lum Rexhepi is close to getting a deal. Obviously strongest of the promoted teams.

Klinga is a good addition to HJK midfield. Young and talented player, who has represented Finland in youth national teams. Sahlgren is clearly a 2nd option, which means HJK are still looking for a keeper that meets the international standards. Lot of old carriage left the club, which is basically just a positive sign.

Dafaa for Hradecky, Kangaskolkka for Solignac, Wiitala for Nurme. On the spot signings, newcomers are pretty much off the same level. Kangaskolkka already scored in a friendly and will be battling for the golden boot.

Experienced Korte and Kujala in, but both have had a good bunch of injuries in the past and could sit many matches on the sidelines. No major changes in the squad so far as Ilves built the team for Ykkönen. Armstrong has been a tv-commentator last years and it is a big question mark how well he can manage a team that was supposed to play in 2nd tier.

Stealing Lehtovaara from arch rivals TPS was a big deal, but also a bit weird move as Inter already had experienced and solid Magnus Bahne in goal. Players that left, well, nothing to mention about. All in all it’s been very quiet in Turku and we can expect more signings before season kicks off in real, since the team needs more depth and quality to their squad.

Losing experienced Svanbäck and especially key player Helmke is a big deal for economically struggling Jaro. Other than that Jaro basically got rid of rotation players. Coach Eremenko will be looking to East once again. Aleksei does have the connections to find couple of Russian/Ukrainian guys as there are players for sure who want to move west-side, as the ruble is struggling. But those picks are also wild-cards and it is expected Jaro will be a weaker team than last season.

KTP are still largely “in progress”. They were supposed to be an Ykkönen (1st div) club, but got promoted after Honka failing their license. This means KTP haven’t been too active in transfer scene. It is known KTP aren’t the best wage payers, which makes the club slightly less attracting to players. Pyhäranta is a solid keeper and were one of those good guys in MYPA last season. Äijälä is a solid full back, who’s good at set pieces and also experienced. Good signing. Losing Aalto after loan expired is a big minus, Aalto did score 25 goals last season and KTP are in a big need of a solid scorer. More signings are expected, for instance young talent Matias Ojala from AC Oulu has mentioned as an alternative.

Losing Colley is a big deal as he was the star of the team for two seasons. KuPS need to sign a strong CB still. Finland U21-regular Hatakka luckily got out of FC Honka and will replace Voutilainen easily. Pennanen was injured for most of the last season and it remains to see if he can shake that off truly. At least he’s returning to familiar environment. Missing Paananen is a slight minus, but all in all KuPS are pretty much off the same quality than last season. Expect to see couple of more signings later in the spring.

Lot of action in Lahti in pre-season. Lagerblom is an experienced player and was great when played in IFKM two years ago, but he’s had several problems with his knees and could be sidelined a bit too often. Ääritalo was good two years ago in TPS, but after returning from loan his performances were below par. Paananen is a promising young player and I expect him to step up under Korkeakunnas, who’s great in motivating his players. But losing “Tuco” to SJK is a big blow. I just can’t see Rafael, Länsitalo and probably Ristola (rumored to sign) do well in front. Klinga was an influential player as well, where as Korte and Hertsi weren’t. At this point FC Lahti are ranked 3rd, but they need some spot on signings still so that they could be able to truly challenge HJK and SJK.

Not too much happening in Northern city of Rovaniemi. Yet. Hradecky is a good addition to the team as RoPS did struggle in central midfield last season. Several test players will be introduced in League Cup (GK, strikers). The players who left aren’t a big concern as Pennanen was mostly injured, while Otaru, Emenike and Sahlgren were merely performing below par. When given a chance. Alison is a slight minus and RoPS definitely need a new CB, even though Hradecky is able to take that position as well.

SJK have made very spot-on recruitments. Ariel “Tuco” Ngueugam will fit SJK playingwise really well and it would be surprising, if he won’t score 10+ goals. Jussi Vasara has got a versatile and rather long injury history, but if he stays fit, he’s a great addition. Hetemaj is also a good DM to Veikkausliiga level – as long as he’s got his head straight and is fully motivated. I wouldn’t be too worried about the players who left. They are mostly rotation guys and for instance Mäkelä was a big disappointment last season and Kams didn’t have a strong one either. All in all last season’s 2nd team is getting closer to HJK. At the moment SJK would challenge them fully when it comes down to title contention.

Tamminen is a young and talented guy, Soiri just young. Hertsi is a very up and down player, but could improve under coach Huttunen. Voutilainen as well was a big talent, but has faded a bit in last years. I see potential in VPS’ signings, but they are question marks as well. Losing Dafaa and Fowler doesn’t mean a chicken poo. Materially VPS might not be quite as strong as in recent years, especially if Strandvall gets a deal elsewhere.

At this point when League Cup is about the kick off, SJK are pretty close to HJK and these two teams should be ranked clearly in the top. Followed then by FC Lahti a bit further. Then there’s a clear gap to IFKM, KuPS and VPS, who are followed up by FC Inter.

Ilves, HIFK, RoPS, Jaro and KTP form the bottom-five. Out of these Ilves might be surprisingly ok, because the team hasn’t changed too much and Armstrong is known for defensively oriented tactics. It’ll take a while from HIFK to get the best out result-wise, since there have been quite many changes in their opening XI, but expect them to improve closer the season gets.

At this point Jaro and KTP seem to be the weakest links, but things might change fast after new signings.